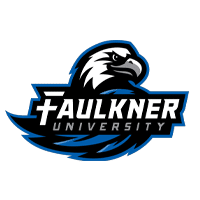 Other elimination game features No. 10 Webber International vs. No. 2 Tennessee Wesleyan at 1:00 p.m. CST